Pádraigh Mac An Fhaillghigh was our host, at his extensive workshop near Mallow, for the January meeting of the chapter.  He first produced a lovely lamp in yew doing much of the work with the much-maligned skew chisel.  Such was his dexterity with the skew that he had a number of members promising to take it up again and to persist.

Pádraigh then went on to turn rings from which he made a seven-branched candelabrum, known as the "Menorah" and described in great detail in Exodus.  It now plays no significant role in Judaism but is well recognised as an historical symbol.

Whilst our host was busy turning his second ring some of the lads – you know the sort; they usually go to the back of the bus – were having a bit of fun and decided to elevate Brian McAdoo to sainthood.

The January competition was for a lamp and was judged by guest turners from the Kerry Chapter.  The Chairman, John Ahern for a beautiful replica miners’ lamp, complete with authentic brass fittings, won the Advanced section.  Second place went to Jerry Twomey for his barley twist lamp.

The Intermediate section was won by Bill O’Mahony with Brian Goulding a close second, whilst Michael Bouchier won the Beginners. 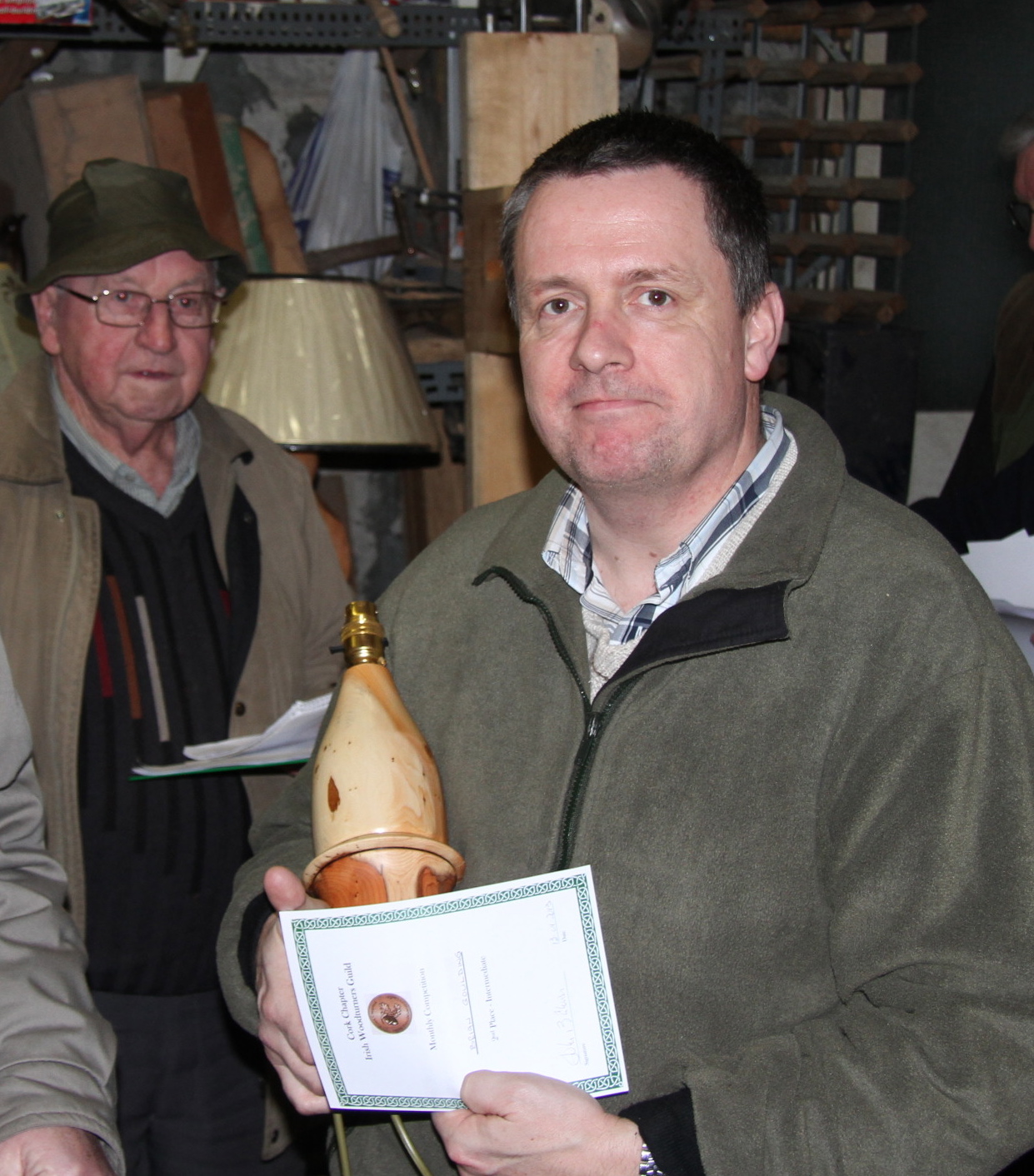 The demonstration ended with the irrepressible Paddy Lynch making a laminated lamp.

We were, as usual, well treated and fed by Pádraigh and his wife, Catherine, to both of whom we are very grateful.