It is with deep regret we announce the death of our friend and committee member Bill OMahoney . Bill was a gentleman and a kind and outstanding  member of the Cork Chapter IWG. For many years he set up the viewing and recording of our workshops  We the members of the Cork Chapter Irish Woodturners Guild offer our sincere condolences to Kathleen, Bills wife, and his family. May Bill Rest in Peace. 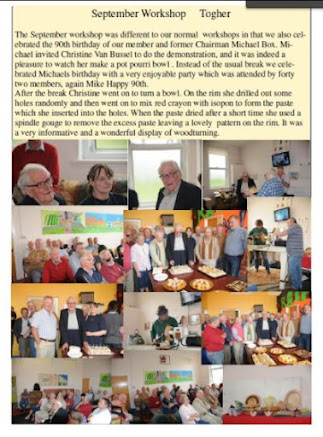 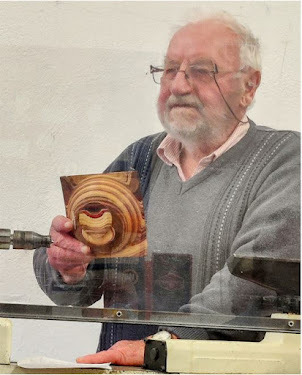 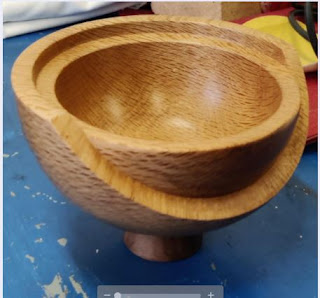 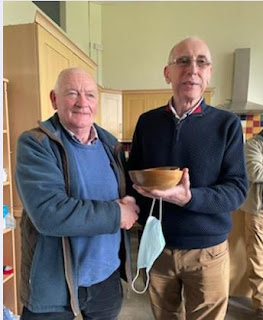 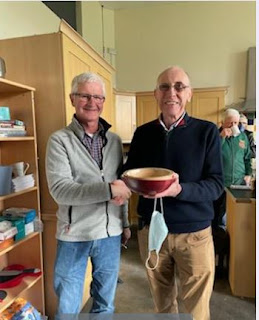 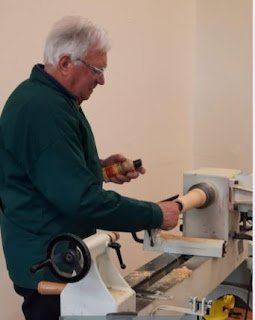 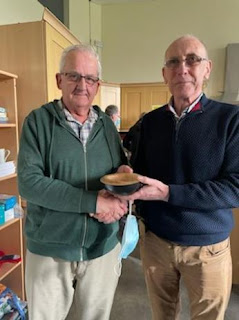 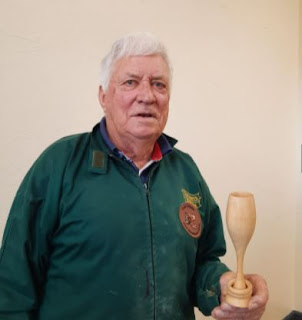 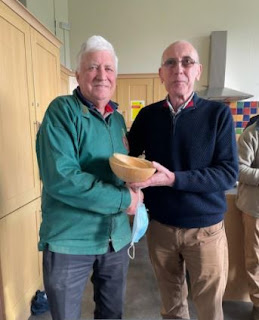 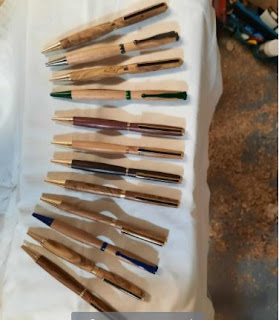 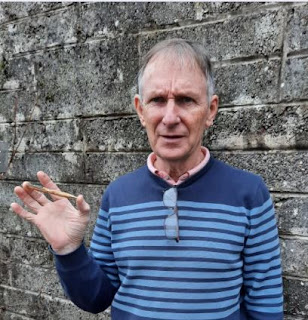 Cork Woodturners monthly Workshop and Competition was back in business 19th Feb 2022.

Peter Manning and Ger Hennessy started the new season with demos on a Goblet with captive rings in Macrocarpa and a twist pall point pen in Olive. Peter was first up and didn't want any time, beginning with an explanation of the design and particular form which he likes. Briefly, introduced the tools to be used and the making of the captive ring making tool. This was homemade from a woodworkers spade bit and ground to a semicircle using an angle grinder. With all that out of the way, Peter proceeded with mounting a blank and turning out and finishing the inside of the Goblet. The outside profile was completed as far as one could leaving plenty of material to form the captive rings. Parting tool was employed for the tops and sides and finished before parting underneath with the homemade tool. Rings were then taped out of the way to complete the stem. After applying finish it was parted off and base power sanded.

At the break badly need banter went down well with tea and biscuits. Then the competition with everyone giving their tuppence worth in one way or another  - in a nice way.

Ger Hennessy followed up with a demo on making a ball point pen. He began by laying out the six main components plus the two tubes that make up a pen kit. Then went on to explain how any timber (with or across grain) or synthetic blank could be used.

Without further ado he went through step by step with plenty of discussion across the floor.

3. Glue in the tubes with cyanacrelate/superglue.

7. Turn blanks to give a slight curve and down to the thickness of the bushings, (2000rpm)

Note. A light touch is required. Leave the twist mechanism until last. If alignment is lost at any stage; stop and straighten by hand. Also, if the cap doesn't fit into clip perfectly; press all three pieces together  gently.

"Well done everyone and Long may it last".

A Blast from the past 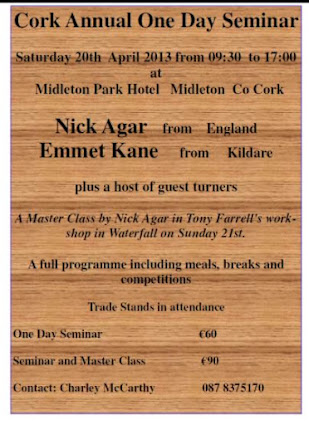 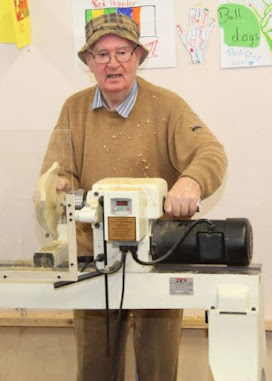 This is the updated list of Demos and Demonstrators 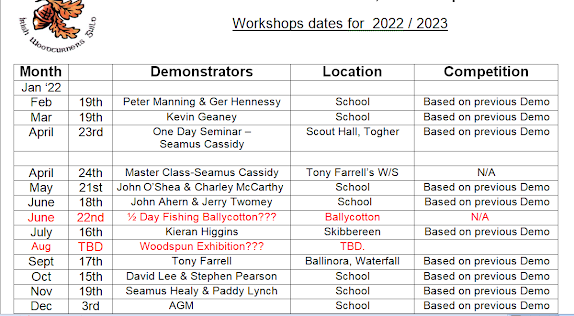 The Membership Fee for 2022 needs to be paid for before the February 19th Workshop, to ensure Insurance cover by IWG, for attendance at Workshops!

In the current issue of the Guild Journal the membership fees are: €60 for an individual and €63 for a family.

The account details are as follows for anyone who wants to pay online:

If anyone pays online, could they please send a text to our Treasurer, John O’Shea on 087 4149531 to let him know they have paid!

If paying by cheque, the Fee should be sent to our Treasurer, John O’Shea, Lisgoold East, Leamlara, Co. Cork: cheques payable to the Cork Chapter Irish Woodturners Guild.